The Stark Difference Between Migraine with Aura vs. Without 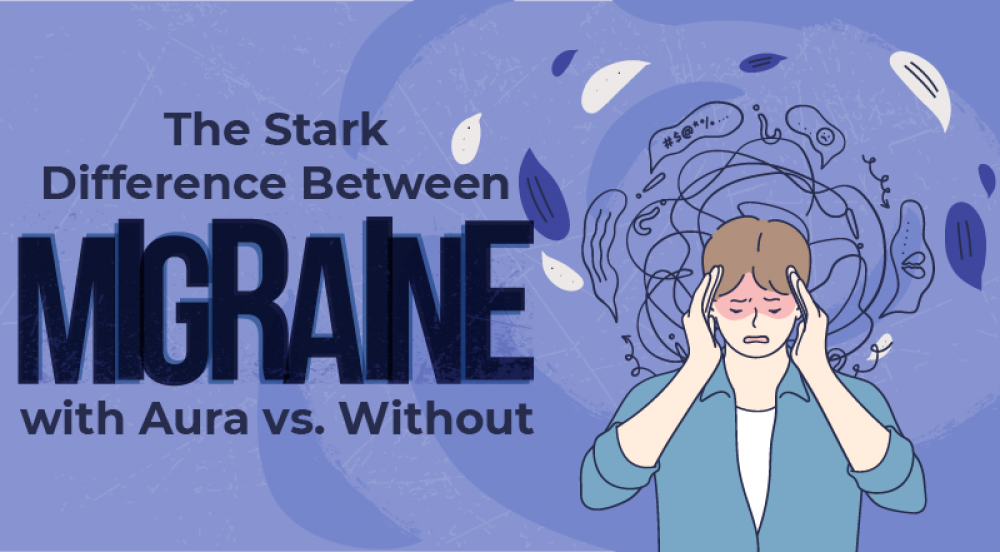 Around the world, it is estimated that seven (7) in ten (10) people experience at least one (1) headache a year. This fairly common occurrence is described as discomfort in the head, scalp, or neck area. When the pain intensifies, it can then be classified as migraine—undoubtedly the worst kind of headache.

As it comes with intense pulsing on one (1) or both sides of the face, migraines can render people practically incapacitated and incapable of being productive. In the United Kingdom, those who go to work or school lose approximately twenty-five (25) million days a year due to chronic migraine episodes.

In the Philippines, about twelve (12) million Filipinos suffer from migraine. With such a high record, it is essential to know more about this prevalent illness to manage it best when it happens—starting with its types: migraine with aura and without.

What is a Migraine?

A migraine is a severe pounding headache that typically lasts about four (4) hours, with extreme cases extending for three (3) days or more. The pulsing pain often begins in the forehead before it trails down to the side of the head or around the eyes.

Unlike regular headaches, other factors come into play that can make migraines worse, including simple movements, activities, bright lights, or loud noises. Migraines can also result in nausea and vomiting.

What is a Migraine with Aura?

A migraine with aura, also called classic migraine, is a recurring headache during or after sensory disturbances known as aura. While these disturbances may vary from person to person, they may include:

While migraine is among the most common illnesses worldwide, one case is not completely the same as the other. Individuals with migraine may be dealing with either one of two things:
As previously mentioned, classic migraines include auras which are physiological warning signs to alert the body for an onset of a migraine. However, it may also manifest during or after an episode.

In a Cleveland Clinic report, fifteen (15) to twenty (20) percent of people with migraines are said to experience auras, which could last from ten (10) to sixty (60) minutes. Head pains that come with classic migraines may be focused on one (1) side of the head or both.
As its name suggests, this type of migraine occurs in the absence of an aura. Unlike the classic kind, migraines without aura occur in eighty-five (85) percent of people with migraines. Those who have it can experience up to three (3) distinct phases, namely prodrome, headache phase, and postdrome. In total, an episode can last up to seventy-two (72) hours.

Scientists and medical experts are yet to pinpoint the main cause of migraines. However, it is believed that multiple factors have a lot to do with it, such as:
Research shows that women are two (2) to three (3) times more likely to have migraines than men due to the hormonal fluctuations during their menstrual cycles, pregnancy, menopause, or hormonal birth control use.
Suddenly having too little or too much sleep can trigger migraines, too. While it is true that resorting to more hours of rest when sleep-deprived can manage migraine episodes to an extent, hypersomnia or sleeping extensively can only make matters worse.
Other migraine triggers to watch out for are mental or emotional variables such as stress, anxiety, and depression. While it may take time to control these concerns easily, there are ways to alleviate these stressors and prevent migraines altogether, including relaxation, biofeedback, and self-hypnosis techniques.
Changes within the vicinity—either fixed or controlled—can also contribute to the build-up of migraines. Some individuals are hypersensitive to blinking lights, fluorescent tones, alteration in air pressure or altitude, or even bright visual patterns.
Falling ill, experiencing fatigue, and skipping meals are factors that can cause migraines. Excessive exercise, motion, and head injuries can also contribute to this list of physical triggers. To avoid extreme headaches, it is vital to take care not only of the mind but the body, as well.
Diet also plays a role when it comes to migraines. Whether standalone or as a part of a combination of other triggers, the following foods and additives are believed to be common contributors to a migraine attack when consumed:
Aside from food, certain beverages are also known to trigger migraine. Too much of the following can bring not only mild to severe attacks but also danger to overall health:
While some drugs can relieve migraine symptoms, others only set-off or make them worse. Many over-the-counter and prescription medicines can prompt migraines, such as:

Although not all migraine episodes are the same for all individuals who experience them, there are multiple symptoms to help distinguish whether an attack is one with aura or without.

Although painful, migraines with or without an aura are not as life-threatening as other, more severe illnesses. However, such distracting discomfort can greatly affect a day’s worth of work and fun, making it just as important to manage as any other condition.

Taking breaks and destressing is a great start in dealing with migraines from the root. Relaxing both the mind and body can aid in preventing any stressors that may build up headaches and other symptoms that come with its worst kind.

For frequent and intolerable migraine attacks, it is best to consult a doctor. Prescribed medications and targeted treatments can ultimately alleviate migraines with or without aura and other neurological diseases linked to them.

If you are on the lookout for top-notch experts in neuroscience and world-class healthcare services to address your medical needs, reach out to Makati Medical Center today. 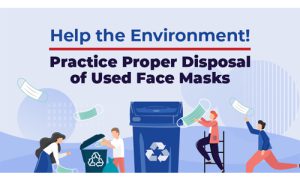 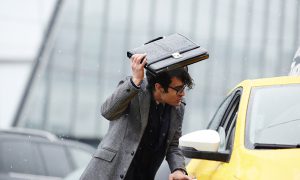 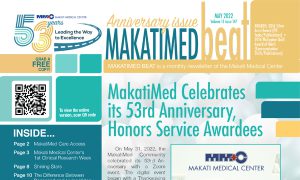 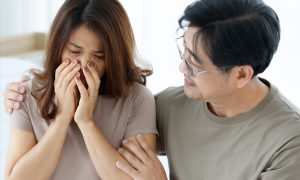 Empty Nest Syndrome: What It Is and How to Deal with It 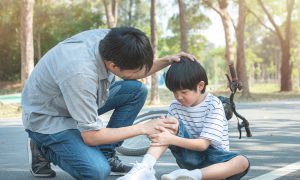 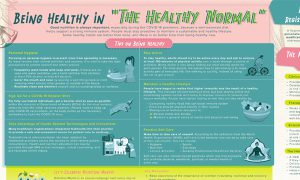 Being Health in “The Healthy Normal” 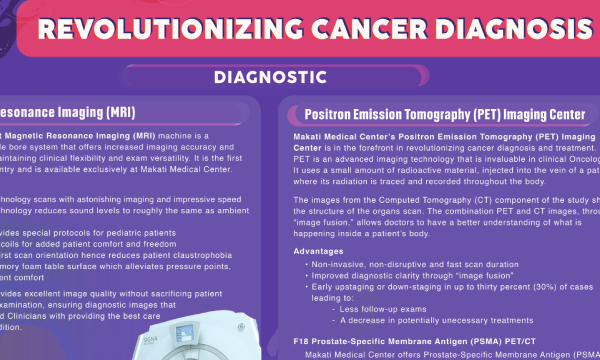 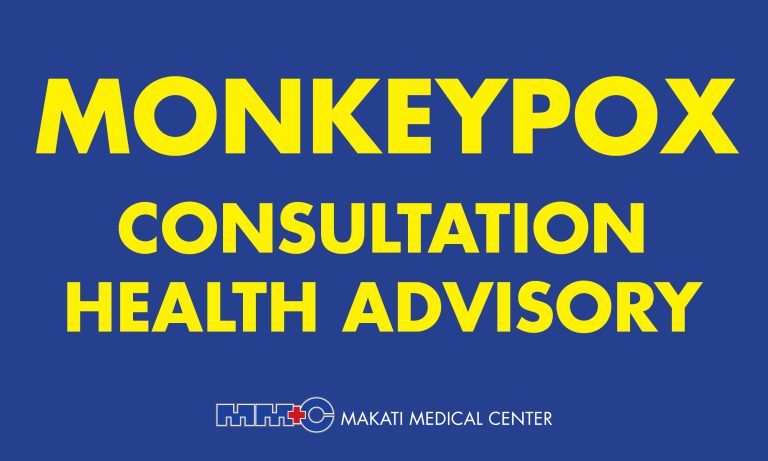 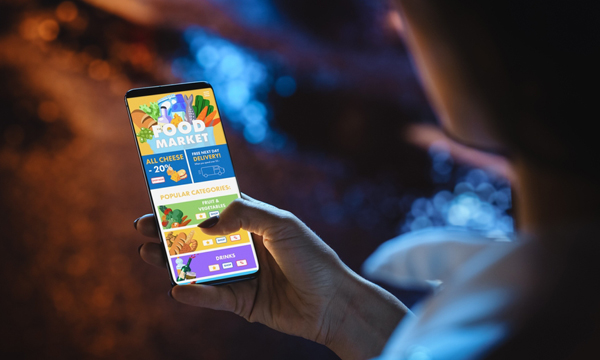