On November 17, Tacloban Doctors Medical Center representatives visited MakatiMed to introduce their new Hospital Administrator, Genelyn Herrera, MD. The SHAP team took them on a quick tour in the areas which they wanted to see: the Kidney Unit, the Intensive Care Unit and the Nuclear Medicine Department. They were impressed by the hospital facilities […] 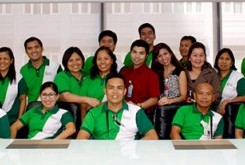 Executives and hospital staff from Adventist Hospital Palawan (AHP), a Strategic Hospital Alliance Program (SHAP) partner since March 2011, visited Makati Medical Center on January 23 for a benchmarking activity, and to see the services MakatiMed provides to the patients they refer for treatment. The AHP team, who flew in from Puerto Princesa, Palawan, was composed […]